Introduction to the 5th Freedom Weekend

Par Cercle Bastiat
15/07/2013
Partager cet
article :
Taille :
Écrire un commentaire
Imprimer
Our first Freedom Weekend was devoted to the economic freedom that gives rise to growth and prosperity. It was based on the Index of Economic Freedom published every year by Heritage Foundation. For this 5th Freedom Weekend, it seemed to me essential to review the situation with regard to economic freedom which has been stagnating at a global level since 2010.

The situation in our country is dramatic. No one can deny it. Many people have a presentiment of final disaster. Those who can are starting to flee.

The analysis drawn up by the Index of Economic Freedom over nearly 20 years gives us a reason for the collapse. In Europe five countries experienced a decline in their economic freedom. France, who was not starting from very high, Spain, Italy and Greece. This group is what the Germans call 'the ClubMed countries'. It is no accident if the above countries are those most affected by the crisis and those who are experiencing the most difficult economic situation, whatever our politicians may say. The fifth country is United Kingdom, but then it was starting from Margaret Thatcher's era.

France is sinking ever deeper into the crisis. Those who govern us have decreed that employment is the great national cause, but they are draining the country with voluntarist policies that are as inefficient as they are harmful and are the cause of unemployment. Lost in their artificial compositions, blinded by certitudes, they rely on mistaken systems of reference, whether based on Keynes, Marx, Rousseau, Hobbes, etc. or…on mathematics. It is time someone gave them the Index of Economic Freedom to bring them back to reality.

"Political economy leads one to absolutely give up the discovery of all artificial combinations, (…) It leads one there without effort, simply through the revelation of the natural order of things that it brings to light" Charles Coquelin, Dictionary of Political Economy

"Political economy is a science based entirely on observation and exposition. (…) it notes that fire burns, it declares the fact, proves it, and does the same for all other similar phenomena in the economic or moral order" Frédéric Bastiat, Economic Harmonies.

That is what the Index does. It observes facts and draws lessons from them. It proves that the causes of the decline of nations are endogenous. The causes for French failure should not be sought in the direction of German egotism, of Chinese social dumping, of the rapacity of international finance and I don't know what else. Our level of economic freedom is very largely outstripped by our western partners, Germany, Switzerland, the United Kingdom, the United States, Australia etc. It is on a level with that of Thailand and Rwanda, below that of Albania, and very far below that of Armenia or Botswana! France's fault lies especially with the weight of the State, its legislative intervention and the enormous mass of public expenditure. Out of the 177 countries ranked in the Index, only Kiribati, Lesotho, North Korea, Micronesia, Cuba and Timor do less well! It has to be known! Freedom at work and fiscal freedom in France get only just average marks! And what's more, the Index considers that property rights here are very well respected and that Justice is independent. May I be allowed not to share the enthusiasm on those points, when 57% of the wealth produced by the French is confiscated from them; when Justice, which consists merely in applying the rules, wastes its time and its meagre resources in prosecuting false offences, which are false breaches of false rights – those rights known as social rights, and which politicians turn out by the bucketful!

You all know that Frédéric Bastiat fought all his life for free trade and economic freedom. The Cercle Frédéric Bastiat works tirelessly to propagate those ideas. Economic freedom cannot be dissociated from individual initiative, risk-taking, innovation and responsibility. Bastiat expresses his ideas as follows:

"Exchange is a natural right, as is property. Any citizen, who has made or acquired a product, should have the option either to make use of it immediately for himself, or to surrender it to whoever on the Earth's surface agrees to give him what he wants in exchange. To deprive a person of that possibility, when they make no use of it that is contrary to law and order or morality, and only to satisfy the requirements of another citizen, is to legitimate an act of spoliation, it is to injure the law of justice." Frédéric Bastiat, Association for Free Trade. Declaration.

If politicians were sincere, they would give up whole sections of power that they have taken away from individuals and return to the latter the initiative over their lives. They must give economic freedom back to the French population. The initiative known as "Bastiat2017" aims to promote economic freedom in France. In this action, we are partners with "Alternative Libérale", and, before handing over to Jacques Gautron, allow me again to quote Frédéric Bastiat:

"All legitimate interests are harmonic. (…) the practical solution for the social problem: to abstain from countering them and from shifting interests. One must not artificially extend solidarity in such a way as to destroy responsibility; in other words, freedom must be respected" Frédéric Bastiat, Economic Harmonies. To the Youth of France.

"To preserve oneself and to develop, that is the aspiration common to all human beings, so that if each person enjoyed the freedom to exercise their faculties and the freedom to dispose of whatever they produce, social progress would be unceasing, uninterrupted, unfailing" Frédéric Bastiat, The Law

President of the Cercle Frédéric Bastiat

Introduction to the 5th Freedom Weekend 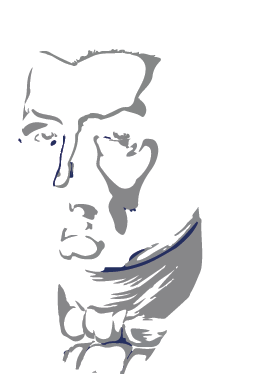